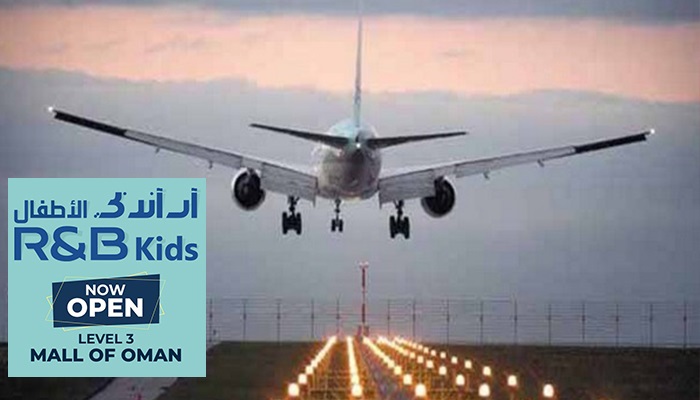 Singapore: Last week, Singapore added another five countries to their Vaccinated Travel Lane (VTL) scheme which allows vaccinated leisure travellers to visit the country without the need to quarantine, bringing the total number of VTL countries to 21. Visitors from India, Indonesia, Qatar, United Arab Emirates (UAE) and Saudi Arabia can enter Singapore soon by just presenting two negative COVID-19 tests - one within 48 hours of departure and another on arrival in Singapore.

To qualify to travel on the VTL, travellers must have spent at least 14 consecutive days in the VTL country which the visitor is travelling from. Any time spent in a stated VTL country can also count towards that 14 days. For example, if a visitor is flying from India to Singapore and has spent 10 days in an Indian city but prior to that, he spent four days in the UK, another VTL country, that would count towards the 14 days.

In addition, travellers must apply online for a Vaccinated Travel Pass (VTP) between seven and 60 days of their intended entry to Singapore. Visitors must also purchase travel insurance with a minimum coverage of SGD 30,000 (USD 22,000) for COVID-19 related medical treatment and hospitalisation cost and use Singapore's contact tracing app. Most importantly, visitors must fly into Singapore on a VTL designated flight.

With the latest countries added, the quota of travellers that are allowed to enter Singapore under the VTL scheme will be increased from 6,000 to 10,000 daily.
The Civil Aviation Authority of Singapore (CAAS) reported that since the VTL scheme started in September, a total of 24,070 travellers have entered Singapore under the programme as of November 14. Out of these 9,595 are Singapore residents, the rest are foreigners.
Only one in a thousand travellers has tested positive for COVID-19 since the launch of the VTL.

Although it looks like Indians can start booking their holidays to Singapore, there is a small matter of transportation to sort out. At the moment, there are no scheduled commercial passenger flights between the two countries. The only flights are cargo flights and chartered passenger flights which are arranged by the Indian government to repatriate citizens who want to leave Singaporeunder the Vande Bharat mission

During a press conference on November 15, Singapore Transport Minister S Iswaran said Singapore and India have been discussing the mutual recognition of vaccination certificates and recommencement of passenger flights. If talks are successful, there will be two daily VTL flights each from Chennai, Delhi and Mumbai by November 29.

While Singapore is taking the lead in the region to re-open the country to visitors by embracing a "living with COVID" policy, its financial hub rival, Hong Kong, is clinging on to its "zero COVID" strategy. If viewed from a public health perspective, it has been very successful as Hong Kong has no meaningful community transmission of the virus since May. Hong Kong officials have made it a priority to reopen its border with mainland China instead of resuming international travel. However, this may be detrimental to its long-term standing as an international commercial centre with international business lobby groups warning that the city could lose talent and investments.

Already Singapore has hosted a string of prominent international conferences including the Bloomberg New Economy Forum. The annual meeting of business and political leaders from around the world featured such names as Sundar Pichai and Bill Gates and took place November 16-19. Over 300 people attended with 80 per cent attending in person on the resort island of Sentosa. The last in-person Forum was held in Beijing in 2019.

Another prominent event was the two-day Milken Institute annual Asia Summit, run by billionaire Michael Milken's think tank which was held at the iconic Marina Bay Sands last week. This event was attended by about 550 people, including 150 overseas executives.
Besides being able to steal a march from Hong Kong, the economy appears to be very much on the mind of the Singapore government in their selection of countries for the VTL programme.

The first 11 countries on the VTL scheme include traditional business, trade and strategic partners like South Korea, Germany, the UK and US. Indonesia and India besides ranking high among trading partners with Singapore are ranked number two and three for tourist arrivals pre-pandemic. Singapore had already began accepting visitors from China, Singapore top source of tourist arrivals, without the need for quarantine a year ago. However, the 21-day quarantine requirement when returning to China has been a strong deterrent to short-term leisure visitors.

Clearly, the VTL will directly benefit the hospitality and travel industry in Singapore. Tourism accounts for four per cent of Singapore's GDP so the resumption of tourism along with international conventions and events is a boon for the city-state. It has also certainly done no harm for one famous Singapore brand - Singapore Airlines (SIA).

Unless there is a reciprocal arrangement like that negotiated with Germany or one that is being discussed with India and Malaysia, SIA is usually the first carrier that offers VTL flights into Singapore before other carriers are approved to run such flights.

SIA's group revenue rose 73 per cent from SGD 1,634 million in H1-2020 to $2,827million in H1-2021. This was attributable to improvements in both the passenger and cargo segments. Passenger flown revenue grew by SGD 598 million, a 385.8 per cent increase on the back of the recovery in traffic. Significantly, SIA's cash burn rate decreased to SGD18 million a month. It was SGD 350 million at the height of the COVID-19 crisis.

Based on current published schedules and aided by the rush to book VTL air tickets, SIA projects that passenger capacity will reach 43 per cent of pre-COVID levels by December 2021. Its network will be serving just over half of the total pre-COVIDcities, or 73 destinations including Singapore.

Other businesses are also expected to benefit when VTL travel opens to countries like India, Indonesia and Malaysia as nationals from these countries make up a significant portion of the workforce in Singapore.
The construction industry for example has seen rising costs and project delays due to labour shortages.

The Chief executive of construction firm Kori Holdings which employs Indian workers was quoted by The Straits Times as saying that his workers have not seen their families in the last two years. He added, "Pre-pandemic, they would have flown to India at least once every two years for a month each time. When they fly back (home) now, it's like resigning because they cannot come back. We lost some of our workers as they were too homesick."
Hopefully, with the introduction of quarantine-free travel, these problems will eventually be resolved.

Agreement signed for new initiaitves for children with disabilities