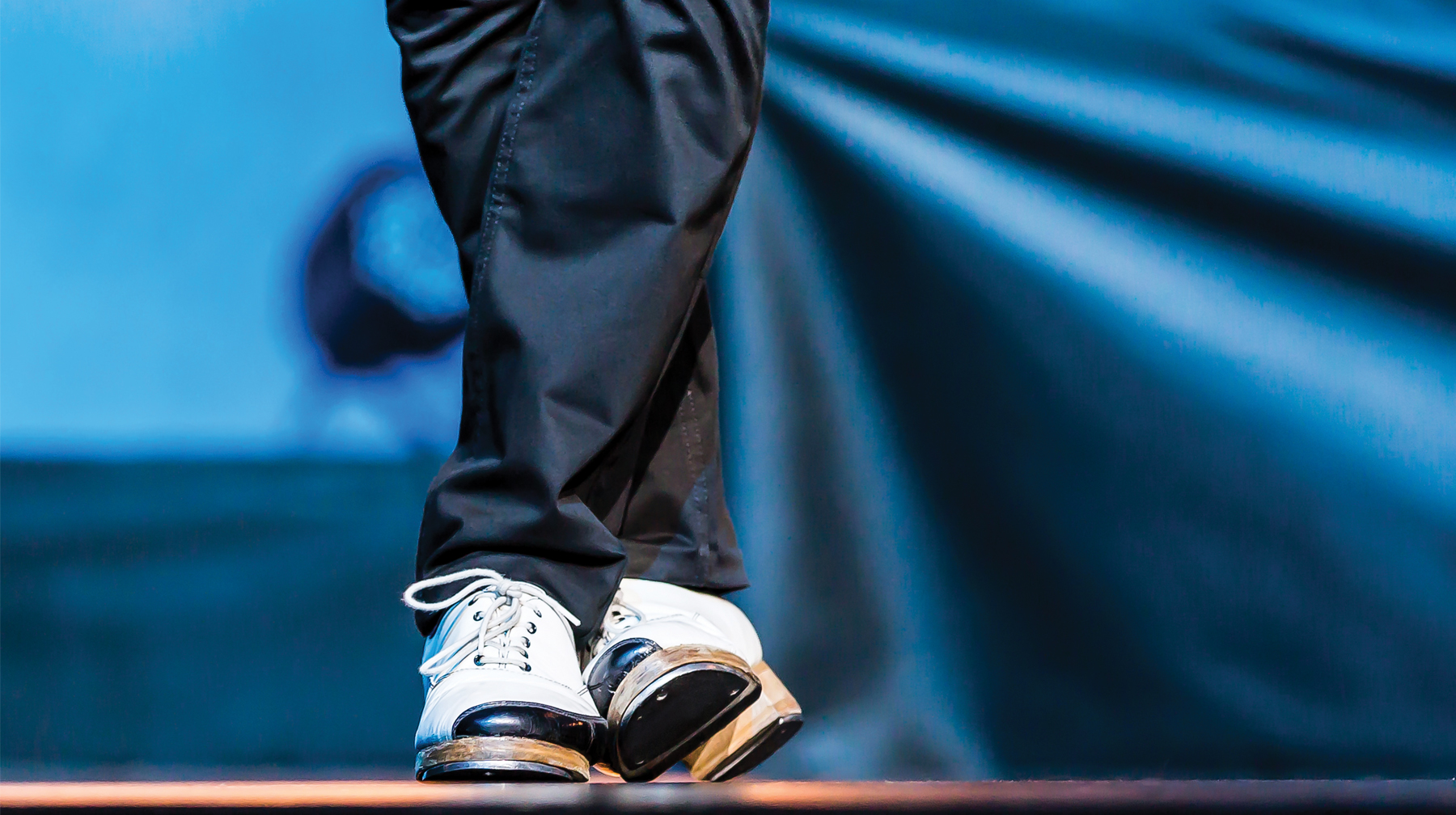 This American form of dance incorporates metal taps on the bottom of the shoe to create complex, rhythmic percussion.
There are two basic variations of tap dance: Rhythm (jazz) tap and Broadway tap. Broadway tap, or show tap, is lighter and uses more arm work. It has been influenced by ballroom dancing and ballet.
It is usually performed in theatrical dance routines. Rhythm tap focuses more on the sound of the footwork. Practitioners of rhythmic tap consider themselves part of the jazz music tradition.
Tap dancing originated in the United States and is thought to have begun in the mid-19th century, with the rise of minstrel and vaudeville shows. This unique form of dance is a combination of Irish and British step (clog) dancing and African Juba dance.
Early tap shoes had wood soles that tapped out the dance beat. At some point, pennies or nails were hammered into the toe and heel as a way to create the tapping sound. Eventually, metal taps were manufactured and added to the bottoms of tap dance shoes.
Today, most tap shoes have screws that can be adjusted to create different sound effects. A tap shoe’s sound, or “tone,” depends on the weight and surface shape of the metal tap.
Tap dancing without metal soles is called “soft-shoe dancing.” Sand is sometimes used to enhance the sound of the soft-shoe tap and slide.
The first rule in tap dance is to keep your knees relaxed and your weight on the balls of your feet.
Practice walking by putting the ball of your foot down first, then the heel.
Tap dancing requires hard work and dedication. A shuffle is the most basic of tap steps.
Glover was born in 1973, in Newark, New Jersey. Taught by great dancers of generations past, Glover has described his dancing style as “young and funk.”
Fred and Ginger were a famous dance duo of the 1930s. Many people think that Rogers was a better dancer than Astaire because she did all the steps he did, but she did them in high heels.
Dancers like Astaire and Rogers brought a ballroom dance style to tap, known as Broadway style.
Savion Glover is a famous modern-day American tap dancer, actor and choreographer.
Bojangles rarely used his upper body, letting his feet create the rhythm. May 25 is National Tap Dance Day, in honour of Bojangles’ birthday. [email protected]