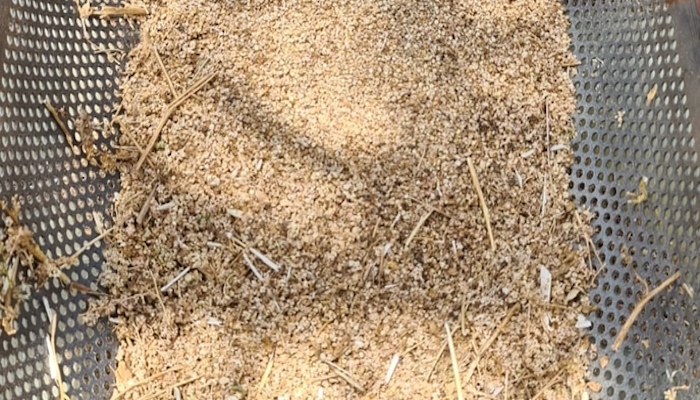 Muscat: Between 1.5 to 2 tonnes of quinoa crop has been harvested from farms in the Wilayat of Seeb and some of it will be exported outside the Sultanate.

"The harvest of the quinoa crop from farms in the village of Al Khoud in the Wilayat of Seeb this year reached between one and a half to two tons, in preparation for marketing it and putting it in the sales outlets of the local markets and exporting some quantities of it outside the Sultanate of Oman," Oman News Agency (ONA), said in a statement.

Engineer Ali bin Nasser Al Jabri, head of the Agricultural Development Center in Seeb, said that quinoa belongs to the sage species and that quinoa seeds are a rich source of fibre and contain a high percentage of protein.

"Quinoa has received great interest from people due to its high nutritional value, its ability to withstand different environmental conditions and its growth in highly saline arid lands, in addition to its tolerance of temperatures between -8°C and 38°C," Al Jabri added.