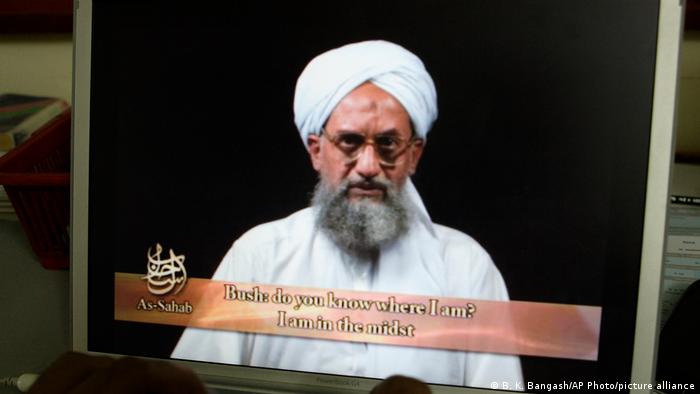 Al-Qaida's top leader Ayman al-Zawahiri was killed in a drone strike in Afghanistan, US President Joe Biden said on Monday.

Al-Zawahiri, 71, had led al-Qaida since the militant group's founder Osama bin Laden was killed in a US operation in Pakistan in 2011.

"Justice has been delivered," Biden said after confirming earlier reports that al-Zawahiri was killed. "This terrorist leader is no more."

Biden said that he hoped al-Zawahiri's killing brings "one more measure of closure" to families of the victims of the September 11, 2001 attacks.
What do we know about the US operation?

The US carried out the strike over the weekend, but delayed releasing the information until his death could be confirmed, officials said earlier on Monday.

Biden confirmed that the counterterrorism operation was "successful'' and that "there were no civilian casualties.''

He said he approved the operation last week and it was carried out on Saturday.

According to the US president, al-Zawahiri had moved to Kabul to reunite with his immediate family. "None of his family members were hurt," Biden said.

"No matter where you hide, the United States will find you and take you out," he added.

Be careful of this product