Qatar to suspend entry of visitors during Fifa World Cup 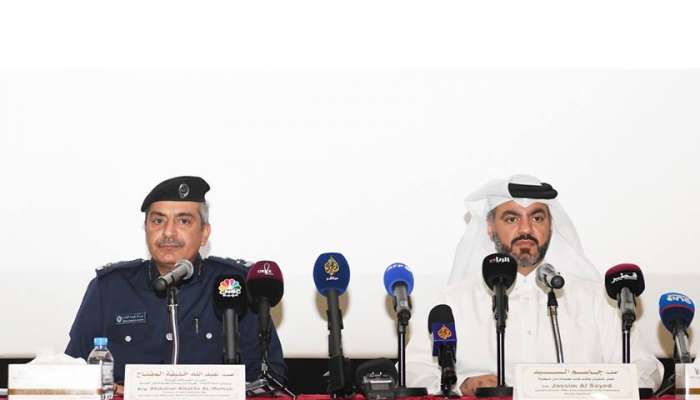 Doha: The Ministry of Interior (MOI) announced the procedures and controls for entry and exit to and from the State of Qatar through the country's air, land and marine borders, during the FIFA World Cup Qatar 2022.

The announcement came during a press conference organized by the ministry on Wednesday, in which the Director of Public Relations at MOI and Head of the Media Unit at the FIFA World Cup Qatar 2022 Security and Safety Operations Committee Brigadier Abdullah Khalifa Al Muftah, and Executive Director at the Office of the Commander of the Tournament Security Operations Lt. Col. Jassem Al Sayed spoke to the press.

Brigadier Al Muftah said that it was decided to suspend the entry of visitors to the country effective from Nov. 1, 2022. However, visitor entry will resume starting from Dec. 23, 2022.

Additionally, the exemption includes humanitarian cases through the airport, based on approval from the official application platform.

This decision is part of the Qatari competent authorities' efforts to ensure easy and secure entry and exit to and from the country's entry ports during the FIFA World Cup Qatar 2022.

Brigadier Al Muftah also indicated that holders of Hayya Cards will be allowed entry to the State of Qatar starting from Nov. 1, 2022, until Dec. 23, 2022. However, they are allowed to stay in the country until Jan. 23, 2023. He further pointed out that the Ministry of Interior calls on all individuals to abide by the laws and regulations issued in this regard, and not to violate them for the success of the State of Qatar's organization and hosting of this upcoming football event.

During the Q&A session, it was emphasized that services pertaining to citizens and residents will not be affected by these procedures: as holders of personal recruitment visas such as (domestic workers and drivers) as well as holders of work, entry permits were excluded from these procedures, therefore, enabling them to enter the country and complete their procedures.

On the other hand, when it comes to Hayya Card holders' procedures, cases of overstay beyond the Jan. 23, 2023, limit, will be subject to legal procedures specified by the law, and applied in cases of violation.

Moreover, concerning whether or not Hayya Cards allow for multiple entries and exist to and from the country, it was confirmed that Hayya Card allows multiple entries to the State of Qatar, as well as provides its holder with a number of advantages that were previously announced. (QNA)