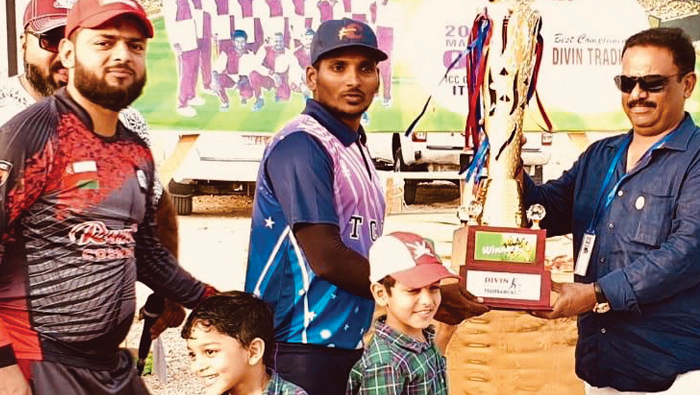 Salalah: Divine Cricket Club Champions Trophy, one of the premier tennis ball tournaments of Salalah, is being held for the last eight years.
The grand finale of Divine Cricket Club Champions Trophy Season 8 was held on March 8 at Iteen Ground Salalah, Governorate of Dhofar. The final match was played between Team Thanal and Team Star Eleven in which Team Thanal emerged as the champion for the year 2019. Arman of Team Star eleven bagged the Man of the Series and Best Batsman awards and Jabran was awarded the Man of the Finals.
A total of 42 cricket teams from the Dhofar region participated in the tournament and played matches in Salalah. The winning trophy was awarded by Anil Kumar, Secretary of Oman Cricket Club, Salalah and runner-up trophy was given by Divine Club Manager Rajan.