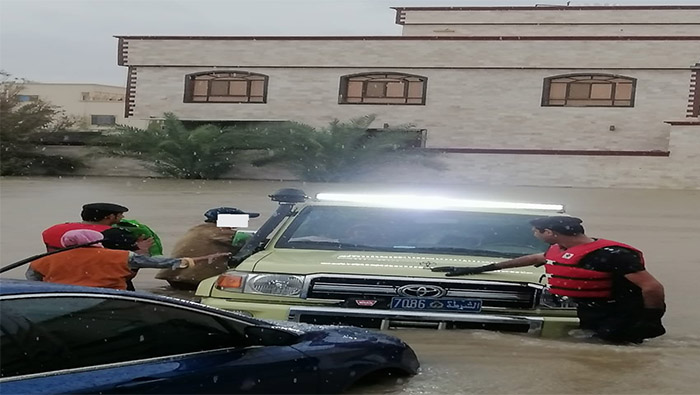 Muscat: Several people were rescued after being stranded due to heavy rain in Muscat on Wednesday.The rescue team at Public Authority of Civil Defence and Ambulance (PACDA) dealt with a number of reports of people stranded in flooded wadis in Muscat governorate.

In a statement issued by PACDA said: “Part of the efforts made by the rescue teams in dealing with the reports of people stranded in wadis in Muscat governorate as a result of the rain.“